Hodges to continue as Bude coach 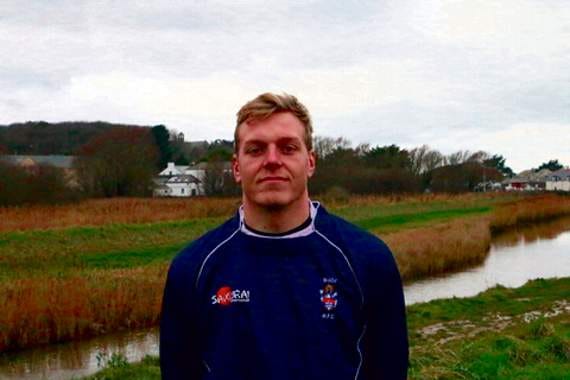 ANGUS Hodges has confirmed that he will stay on as Bude’s head coach for the 2021/22 Cornwall and Devon League season.

Hodges, 26, who has been in charge at Bencoolen Meadow since the 2017/18 campaign, stood down to go travelling, but with the pandemic making travelling almost impossible, he has decided to continue.

He said: “The reason why I was going to stand down for the 2020/21 season was because I was going to Australia for a year, so I wasn’t going to be around. Clearly, that all got cancelled and I’m still around so I’m happy to continue and try to progress the club and team after the unforeseen break.”

He said: “I’m assuming the role with lots of new challenges, but it should be interesting and I’m looking forward to getting back into it. It feels like we’re almost starting from scratch.

“Over the last few weeks we’ve done some touch rugby and game-based stuff to remind everyone what it’s like to hold a rugby ball, get the lungs going a bit and just to get everyone back together again with the idea of pre-season starting in early July.

“We’ve never been in this situation before, and at the level we play at, it’s hard to pre-empt the issues that possibly may arise after such a long time of no rugby. It’s hard to set anything in stone.

“One of the major things we need to know is player availability. After all this time off, we need to get players back to the club. Realistically, it’s still a good time to possibly restructure the senior men’s teams to make sure that we’re getting the games of rugby we need and want and that everyone gets as much game time as possible.

“We’ve got to give people the summer to think about what they want to do. But we’re starting pre-season a couple of weeks earlier than usual just to give people that buy-in time and get traction back at training.”

Hodges is focusing on two areas as he tries to build his squad.

He said: “After this break, one thing we can potentially look at is players that have been playing at a higher level who may want to take a step down.

“But more importantly for us, we need to look at the younger players who’ve missed the game over the last couple of years and make sure they don’t slip the net.

“Effectively we’ve had a couple of years of juniors who should have been transitioning into adult rugby, not being able to be involved with the senior squad. That’s where we need to do most of our networking, players who’ve been in that bracket.”

Whoever runs out at Bencoolen Meadow come September will be greeted by new changing facilities, with work due to get underway imminently.

He said: “We’re always looking to try and develop as a club and one thing we’ve had our minds set on for a while is renovating the changing rooms.

“They were fine before, but with the location of the new changing rooms being away from the clubhouse, it allows us to develop the more vulnerable groups and be more inclusive for every member of the club.

“Now there won’t be a door from the changing rooms to the clubhouse which allows players to step away from the public until they’re changed.

“The changing rooms will be bigger, each has shower facilities and enclosed toilets that lead directly to outside as opposed to the clubhouse, which has it’s own toilets. It makes everything more efficient.”