In this week's 12-page sports pullout 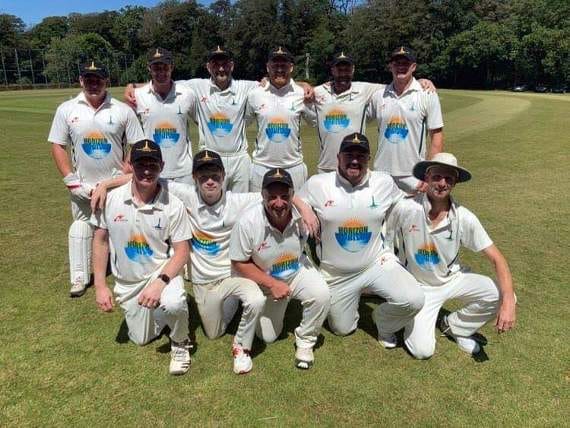 Callington thirds, who won the Rosevear Cup on Sunday at Lanhydrock.

In this week’s 12-page sports pullout there is plenty going on including Werrington’s continued turnaround.

The North Cornwall side made it three wins from four in the ECB Cornwall Premier League on Saturday as they beat old rivals St Just by 41 runs at Ladycross.

Elsewhere in the Cornwall Cricket League, there was a mixed day for the Post area sides.

While Bude won a high-scoring thriller at Tintagel, Holsworthy failed to chase 154 at St Blazey, while Callington, Werrington seconds and Launceston firsts and seconds’ games were all cancelled due to COVID-19 issues.

On a brighter note, Callington seconds, Callington thirds, Luckett and Holsworthy seconds all continue to motor to their respective titles.

Sunday saw Callington thirds win the Rosevear Cup at Lanhydrock, as they beat neighbours St Neot by 34 runs in the final. Inside is a report, photos and reaction from chairman Toby Beresford-Power.

Away from the crease, Launceston had their second pre-season friendly when they welcomed Western League side Millbrook to Pennygillam, but lost 3-0.

Launceston welcome Bude to Pennygillam on August 14 with Callington making the long trip up to Morwenstow.

In the bowls, there’s the latest results from Bude, Dunheved, Holsworthy, Kensey Vale and Stratton, as well as Sunday’s sailing report from Upper Tamar Lake.