Soup and Sweet a winning combination in Holsworthy 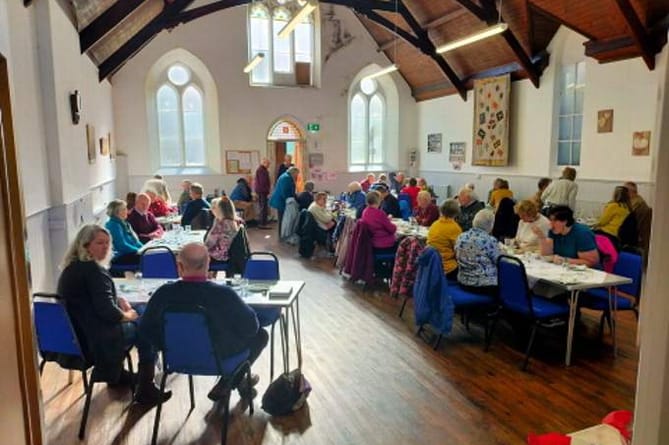 Soup and Sweet are a winning combination at Holsworthy Methodist Church.

You still have time to help us improve call handling

In the second event of its kind, in aid of chapel funds, over 60 people sat down to a tasty lunch in the Bodmin Street Hall on Saturday, February 26.

All the donated soups on the menu were home-made and included lentil and bacon, and chicken and leek, and vegetarians and vegans were catered for with carrot and coriander, and sweet potato and coconut.  There was a mouth-watering selection of desserts available — from traditional Devon junket and trifle, to tiramisu, fresh fruit salad and pavlova — followed by tea and coffee, cheese and biscuits.

Organiser Mary Barfett thanked everyone who contributed in any way — all those who cooked and donated food and money, those who attended this happy time of food and fellowship, and the team of kitchen helpers and servers. The event raised £450 and further generous donations allowed expenses to be paid from this.