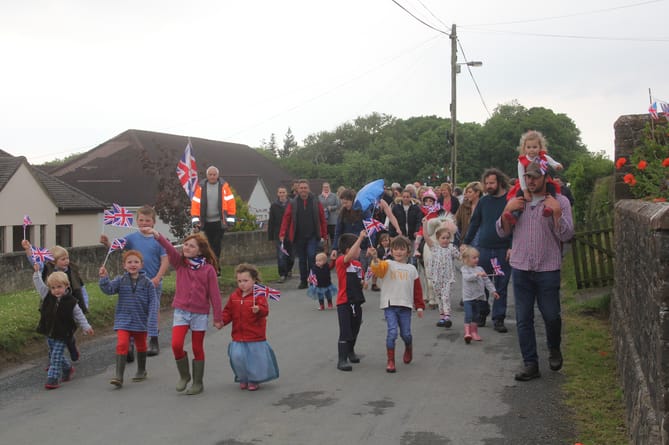 TETCOTT and Luffincott locals gathered on Belland Moor for their Jubilee celebrations.

The beacon was lit at 9.45pm by 91-year-old Jim Rooke, being the oldest parish member. They had a panoramic view of the area seeing both Dartmoor and the Cornish Hills over a dozen beacons could be counted. There were hot pasties and drinks making this a great social gathering after the two-year lull.

On Saturday the new children’s play area was opened by Lady Carolyn Molesworth St Aubyn. She thanked everyone who had been involved in the project, a great occasion for the community. 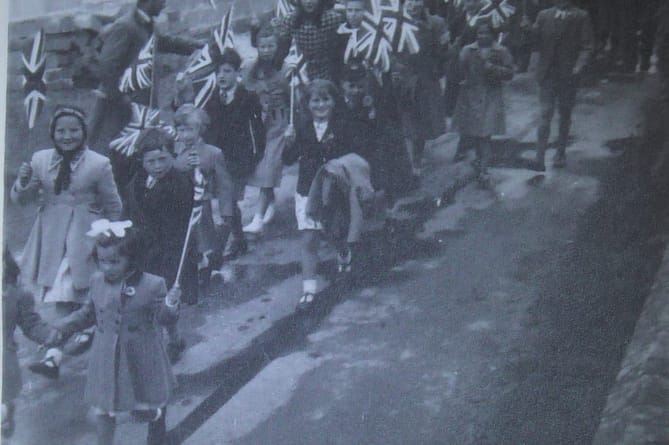 Mural given much needed spruce up

Mike Greenaway thanked her and invited everyone to gather at the village where a parade was formed with the children leading the way, waving their flags through the wilderness to the church where a service was held.

Everyone then enjoyed a barbeque and a large selection of salads etc. There was a fantastic array of sweets but before they were eaten a competition was held to find the best one suited for a Queen, judged by Kathryn Pengelly.

First prize went to Mandy Mitchell with Nigel Heale second and Lynn Pett third. There were games for the children and the parishioners had previously been invited to send in their baby photos, these were displayed for everyone to guess their names. Tarka Radio provided the music which was much enjoyed. A large bonfire was lit and then Sir William Molesworth St Aubyn put on a fantastic firework display. The chairman of the Arscott Hall, Johnny Britton, thanked all who had contributed to these events which were organised by the Parish Council, Arscott Hall committee, and Tetcott Church.