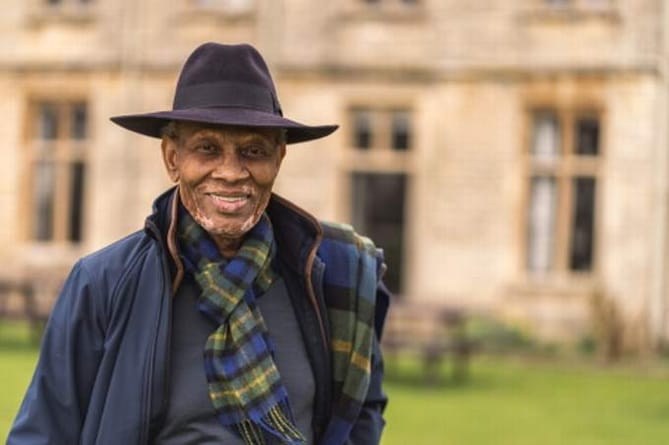 Wilfred Emmanuel-Jones, who farms in St Giles on the Heath, joins as a Governor

ONE of Britain’s only black farmers, who farms in Devon, is among six new independent Governors appointed to the Governing Council of the Royal Agricultural University (RAU).

Dame Fiona said: “This is a stellar team and, together with the existing governors, we have a vital job to do. I’m delighted to welcome them all to be part of the RAU.”

Mr Emmanuel-Jones, who farms at St Giles on the Heath, said: “Joining the RAU’s Governing Council is a huge honour for me. I’ve been lucky enough to have worked with the University on several initiatives previously, including the Young City Farmers Scheme, which has given me the opportunity to help shape the pathways and passions of future British farmers.

You still have time to help us improve call handling

“As one of Britain’s only black farmers, my role as Governor will allow me to bring more diversity to the British agricultural industry but also to attract new, fresh blood to it.

“Our farmers are the lifeblood of British agriculture and I’m fiercely passionate about educating and attracting young people to the industry.

“My own love for farming began as a boy on my father’s allotment – this sparked the dream of running my own farm which has since grown beyond anything I could have imagined.”

At the meeting, Dame Fiona also announced that Kim Frost, who has been an independent member of the Governing Council since March 2021, has now been appointed as deputy chair. The new Governors join other existing council members Bob Branson, Dr Catherine MacKenzie, Neil Scott, and Susan Steer, as well as RAU vice-chancellor Peter McCaffery, staff Governor Phil Hudson, and a student Governor who is yet to be elected.

Kim said: “I am proud and honoured to be appointed deputy chair and I look forward to working with Dame Fiona and my fellow governors, new and existing, to help the University on its journey to even greater success in the future.”

The new team of Governors will work with the RAU’s executive group, led by the vice-chancellor, to guide the University in fulfilling its role as a leading educator, researcher, and solution-finder at a time of unprecedented change and opportunity for farming, food production, rural land use, and enterprises.